Home/Blog / When Is It Okay For Teenagers To Have Plastic Surgery?

One of the common questions often received at our office from concerned parents is when might it be alright for my child to have plastic surgery?  Is there a certain age? This is a hard question to answer as it certainly is it requires an individualized response and often an examination.  However it often has to do with the characteristic in question. For example prominent ears are often addressed through otoplasty or ear pinning before the child ges to school possibly as young as 5 or 6 years.  However prominent noses are often addressed through rhinoplasty or nose surgery later once the skeletal formation has matured around 13 or 14 years of age.  Certainly the growth of the individual varies and these are general estimates.  The real question is when should a procedure be considered to address a feature that is different than the child’s peers. 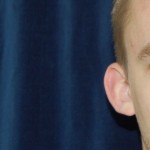 Prominent Ears Prior to Ear Pinning

It would be easy to say that the physical deformity should match the feelings of awkwardness; however this is often hard to judge.  Often kids having a feature that differentiates them from their peers will not complain about it per say, but express their embarrassment by acting inappropriately.  For example a boy who won’t take a shower after gym class.  It may be his way of avoiding the embarrassment of revealing his breasts to his class mates.  It could be noted as the girl who lacks the desire to socialize with her friends, or who starts wearing hats to camouflage her larger ears or only wears her hair down to avoid showing her ears. Sometimes the teasing or bullying may result in worsening grades in school or changes in activities. For example, the girl who enjoyed swimming until her breast grew very large and she was teased so much so that she stopped swimming competitively. Large noses, ears, and breast are the most common areas of teasing that teens often face and these are features that plastic surgery has been designed to alter to make more proportional.

This may be a little overly simplistic to state but if the shoe fits it may be time to visit a board certified plastic surgeon and explore the possibility of a procedure to modify the appearance.  Body image and self esteem are very fragile for teens and if subtle improvements in body image can often be done in a safe and predictable way they may enhance the rest of the child’s life. If going to a plastic surgeon’s office seems a little extreme, one can first visit their primary care physician as a starting point in the discussion.  They will often be a good source for a referral too. The psychosocial angst that can result from the deformity may also be addressed with a mental health counselor. Most teens can learn a lot from counseling in regards to building the necessary skills to stand up for themselves regardless of whether or not they decide that surgery may be part of the solution.

Today – cyber bullying and viral texting have taken teasing to a whole new level.  Fitting in physically goes a long way towards positive self esteem in the teen years.  As a plastic surgeon some of the most rewarding surgeries  are for the children with larger ears, extra fingers, large breast or noses. ( Breast reductions, Rhinoplasty, Otoplasty, Breast Augmentation, Gynecomastia) Seeing a whole new person after surgery and a whole new self confidence is the reason many of us have chosen to devote our lives and careers to plastic surgery.

“I would not change anything! Everyone was extremely professional, caring and helpful through and after my surgery.”
– Facelift Surgery Patient